A Novel of Survival 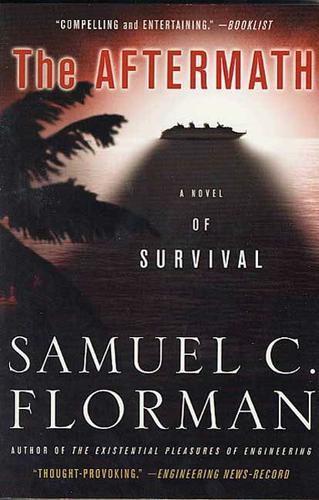 The year is 2010 and the world as we know it has come to an end. A huge comet has smashed into the earth off the coast of California, vaporizing and generating a fiery rain that engulfs the globe in a destructive holocaust. But at the opposite pole of the planet, there is a "safe zone" encompassing part of the southeast African shore and the southern tip of Madagascar where the damage is extensive but not total.

Spared from destruction is a luxury cruise ship, the Queen of Africa, which carries 600 of the world's leading engineers. These outstanding technologists, traveling with their immediate families, are engaged in a seminar dedicated to finding solutions to humanity's eternal needs-shelter, food, energy, environmental preservation, and the like. But when the impact of the comet sends shock waves around the world, the passengers' first priority is to abandon ship for terra firma. Thus they head for the South African coast to begin the task of "starting over."

In KwaZulu Natal the passengers find a surviving community of about 25,000, including many experienced agricultural and industrial workers. These people have been cast back, physically, to the Stone Age, but intellectually they are at the forefront of technological progress in the 21st century, and they have at their disposal the natural resources needed to embark on an industrial revolution. So begins an epic adventure of rebuilding the world from scratch, but in an unpredictable, and sometimes hostile, environment, survival itself may be the real challenge.

The Aftermath is a provocative adventure story that provides a scientifically sound blueprint for surviving Armageddon.