The Age of Autism

Mercury, Medicine, and a Man-Made Epidemic 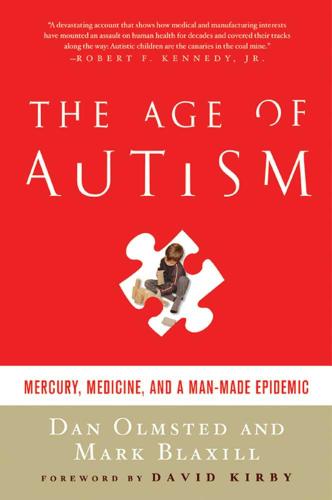 A groundbreaking book, THE AGE OF AUTISM explores how mankind has unwittingly poisoned itself for half a millennium

For centuries, medicine has made reckless use of one of earth's most toxic substances: mercury—and the consequences, often invisible or ignored, continue to be tragic. Today, background pollution levels, including global emissions of mercury as well as other toxicants, make us all more vulnerable to its effects. From the worst cases of syphilis to Sigmund Freud's first cases of hysteria, from baffling new disorders in 19th century Britain to the modern scourge of autism, THE AGE OF AUTISM traces the long overlooked history of mercury poisoning.

Now, for the first time, authors Dan Olmsted and Mark Blaxill uncover that history. Within this context, they present startling findings: investigating the first cases of autism diagnosed in the 1940s revealed an unsuspected link to a new form of mercury in seed disinfectants, lumber fungicides and vaccines. In the tradition of Silent Spring and An Inconvenient Truth, Olmsted and Blaxill demonstrate with clarity how chemical and environmental clues may have been missed as medical "experts," many of them blinded by decades of systemic bias, instead placed blamed on parental behavior or children's biology. By exposing the roots and rise of The Age of Autism, this book attempts to point the way out – to a safer future for our children and the planet.