The America We Deserve 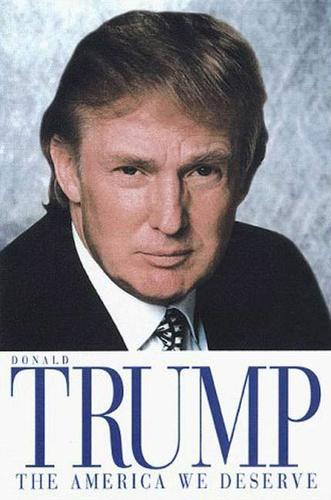 The America We Deserve is the essential book for anyone who wants to understand the core of Donald Trump's political thinking. In this book, written as he first considered running for president in 2000, Trump offers no-nonsense, populist, provocative, and dramatic solutions to issues that continue to resonate with voters today.

In this book, Trump lays out a vision for America that is strong, optimistic, and founded on core Republican principles of self-reliance, limited governance, economic growth, and equitable taxation. Striking for its similarities to President Trump's current initiatives--but also fascinating in its differences--The America We Deserve reveals a man who is fully engaged with the nation and cares deeply about its future. Readers and voters will discover Trump's ideas on:

*Foreign policy and relations with China, Russia, North Korea, and Israel
*How to fix our broken and underperfoming education system
*Reducing regulations on business to help create jobs and economic growth
*A dramatic one-time tax on the super-wealthy to close the national debt and fuel tax cuts for the middle class
*Immigration, crime, terrorism, and more

The America We Deserve is essential reading for Trump-watchers, voters, Republicans, Democrats, and anyone interested in how Trump the businessman became Trump the president.