Fear, Crime, and the Investigation of the Nation's Deadliest Bioterror Attack 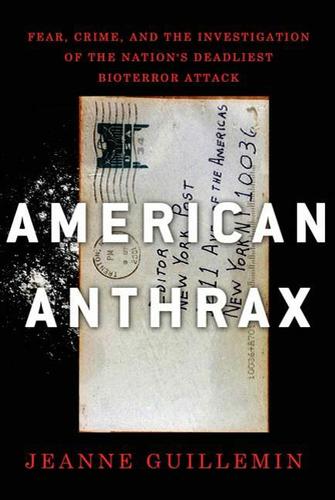 From Jeanne Guillemin, one of the world's leading experts on anthrax and bioterrorism, the definitive account of the anthrax investigation

It was the most complex case in FBI history. In what became a seven-year investigation that began shortly after 9/11—with America reeling from the terror attacks of al Qaeda—virulent anthrax spores sent through the mail killed Bob Stevens, a Florida tabloid photo editor. His death and, days later, the discovery in New York and Washington, D.C. of letters filled with anthrax sent shock waves through the nation. Federal agencies were blindsided by the attacks, which eventually killed five people. Taken off guard, the FBI struggled to combine on-the-ground criminal investigation with progress in advanced bioforensic analyses of the letters' contents.

While the criminal eluded justice, disinformation swirled around the letters, erroneously linking them to Iraq's WMD threat and foreign bioterrorism. Without oversight, billions were lavished on biomedical defenses against anthrax and other exotic diseases. Worst of all, faith in federal justice faltered.

American Anthrax is a gripping tale of terror, intrigue, madness, and cover-up.