How the Son of God Became a National Icon 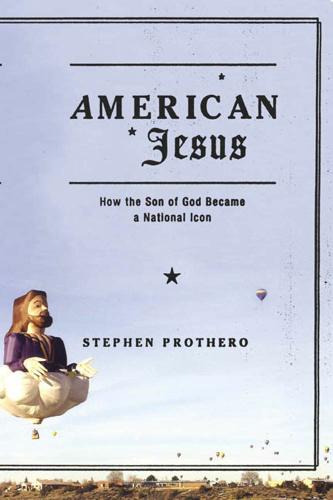 The Story of the Transformation of Jesus from Divinity to Celebrity

The United States (it is often pointed out) is one of the most religious countries on earth, and most Americans belong to one Christian church or another. But as Stephen Prothero argues in American Jesus, many of the most interesting appraisals of Jesus have emerged outside the churches: in music, film, and popular culture; and among Jews, Muslims, Buddhists, and people of no religion at all.

Popular revisions of Jesus are nothing new: Thomas Jefferson famously took scissors to the New Testament to produce a Jesus he could call his own. In Prothero's incisive chronicle, the emergence of a cult of Jesus--as folk hero and commercial icon--is America's most distinctive contribution to Western religion. Prothero describes how Jesus was enlisted by abolitionists and Klansmen, by Teddy Roosevelt and Marcus Garvey. He explains how, in our own time, the proliferation of Jesus' image on Broadway stages and bumper stickers, on the cover of Time and on the Internet, in a Holy Land theme park and on a hot-air balloon, expresses the strange mix of the secular and the sacred in contemporary America.

American Jesus is a lively and often witty work of history. As an account of the ways Americans have cast the carpenter from Nazareth in their own image, it is also an examination, through the looking glass, of the American character.