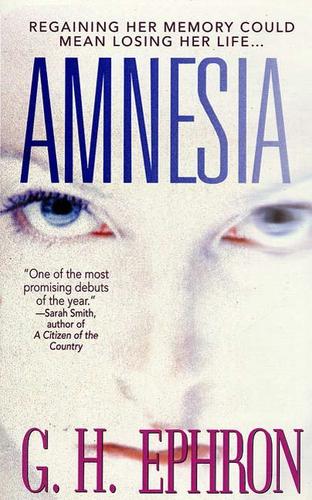 If the only witness to a murder has amnesia, how do you catch the killer?

Instead of matching fingerprints or DNA, forensic psychologist Dr. Peter Zak solves cases by studying psychological clues and phenomena. Peter, whose specialty is the brain and behavior, consults for the Boston public defenders office, analyzing the thought processes and personalities of witnesses and defendants.

Sylvia Jackson was shot in the head and left for dead, her boyfriend murdered. Waking from a coma after six weeks, she remembers nothing-until three months later, when she begins to recall details of the crime and the killer. Finally, Syl accuses her ex-husband, remembering what seems like incontrovertible evidence of his guilt. But Stuart Jackson seems destroyed by his ex's ordeal; could he really be guilty of this vicious crime?

Peter quit consulting on trials a year ago when his wife was brutally murdered by a killer angered by Peter's suggestion of an insanity defense. But when his old colleagues call for help with this bizarre case, he's hooked. It's Peter's job to determine how reliable Syl's memory really is, and to use those memories to uncover the truth.

Amnesia is guaranteed to be the start of an intriguing and original crime series.