And I Haven't Had a Bad Day Since

From the Streets of Harlem to the Halls of Congress 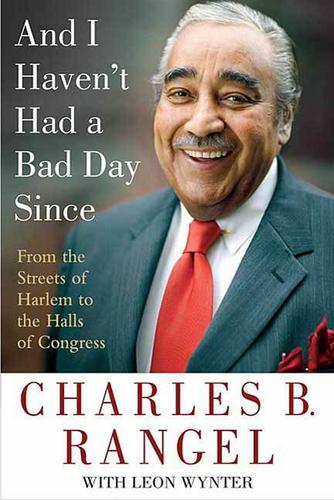 "Long on sass and spirit . . . brims with brio. . . As a politician/raconteur with a hell of a tale to tell, he sure has my vote."—The New York Times Book Review

In this inspiring and often humorous memoir, the outspoken Democratic congressman from Harlem—later the chairman of the powerful House Ways and Means Committee—tells about his early years on Lenox Avenue, being awarded a Bronze Star and a Purple Heart for wounds sustained in a horrific Korean War battle (the last bad day of his life, he says), and his many years in Congress.

A charming, natural storyteller, Rangel recalls growing up in Harlem, where from the age of nine he always had at least one job, including selling the legendary Adam Clayton Powell's newspaper; his group of streetwise sophisticates who called themselves Les Garçons; and his time in law school—a decision made as much to win his grandfather's approval as to establish a career. He recounts as well his life in New York politics during the 1960s and the grueling civil rights march from Selma to Montgomery.

With New York street smarts, Rangel is a tough liberal and an independent thinker, but also a collegial legislator respected by Democrats and Republicans alike who knows and honors the House's traditions. First elected to Congress in 1970, Rangel served on the House Judiciary Committee during the hearings on the articles of impeachment of President Nixon, helped found the Congressional Black Caucus, and led the fight in Congress to pressure U.S. corporations to divest from apartheid South Africa.

Best of all, this is a political memoir with heart, the story of a life filled with friends, humor, and accomplishments. Charles Rangel is one of a kind, and this is the story of how he became the celebrated person and politician he is today. He opens his memoir with a preface about the 2006 elections and an outline of his goals as chairman of Ways and Means. From day one he wants to put the public first so that more Americans can say they haven't had a bad day since.