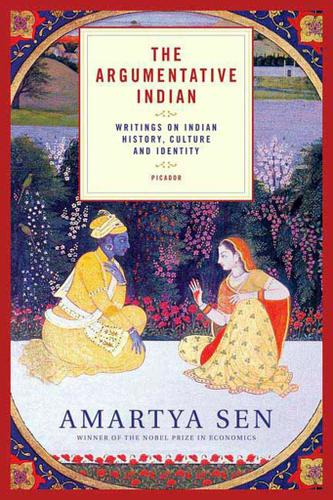 India is a country with many distinct traditions, widely divergent customs, vastly different convictions, and a veritable feast of viewpoints. In The Argumentative Indian, Amartya Sen draws on a lifetime study of his country's history and culture to suggest the ways we must understand India today in the light of its rich, long argumentative tradition.
The millenia-old texts and interpretations of Hindu, Buddhist, Jain, Muslim, agnostic, and atheistic Indian thought demonstrate, Sen reminds us, ancient and well-respected rules for conducting debates and disputations, and for appreciating not only the richness of India's diversity but its need for toleration.

Though Westerners have often perceived India as a place of endless spirituality and unreasoning mysticism, he underlines its long tradition of skepticism and reasoning, not to mention its secular contributions to mathematics, astronomy, linguistics, medicine, and political economy.

Sen discusses many aspects of India's rich intellectual and political heritage, including philosophies of governance from Kautilya's and Ashoka's in the fourth and third centuries BCE to Akbar's in the 1590s; the history and continuing relevance of India's relations with China more than a millennium ago; its old and well-organized calendars; the films of Satyajit Ray and the debates between Gandhi and the visionary poet Tagore about India's past, present, and future.

The success of India's democracy and defense of its secular politics depend, Sen argues, on understanding and using this rich argumentative tradition. It is also essential to removing the inequalities (whether of caste, gender, class, or community) that mar Indian life, to stabilizing the now precarious conditions of a nuclear-armed subcontinent, and to correcting what Sen calls the politics of deprivation. His invaluable book concludes with his meditations on pluralism, on dialogue and dialectics in the pursuit of social justice, and on the nature of the Indian identity.