Ark of the Liberties

Why American Freedom Matters to the World 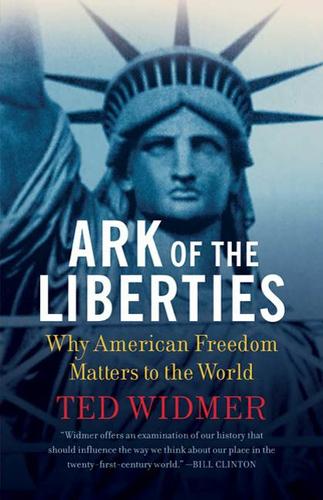 In a sweeping history of centuries, Ted Widmer's Ark of the Liberties recounts America's ambition to be the world's guarantor of liberty.

The United States stands at a historic crossroads; essential to the world yet unappreciated. America's decline in popularity over the decades has been nothing short of astonishing. With wit, brilliance, and deep affection, Ted Widmer, a scholar and a former presidential speechwriter, reminds everyone why this great nation had so far to fall. It is a success story that America, and the world, forgets at its peril.

From the Declaration of Independence to the Gettysburg Address to the Universal Declaration of Human Rights, the United States, for all its shortfalls, has been by far the world's greatest advocate for freedom. Generations of founders imbued America with a surprisingly global ambition that a series of remarkable presidents, often Democratic, advanced through the confident wielding of military and economic power.