The Armies of Memory 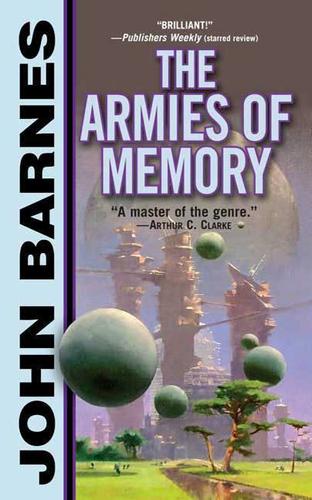 Giraut Leones, special agent for the human Thousand Cultures' shadowy Office of Special Plans, is turning fifty--and someone is trying to kill him.

Giraut's had a long career; the number of entities that might want him dead is effectively limitless. But recently Giraut was approached by the Lost Legion, an Occitan underground linked to an alliance of illegally human-settled worlds beyond the frontier. Also, it turns out that the Lost Legion colony has a "psypyx" —a consciousness-recording—of Shan, onetime boss of the Office of Special Plans. If they have that, they have literally thousands of devastating secrets.

Now, returning to his native Nou Occitan, Giraut will encounter violence and treachery from human and artificial consciousnesses alike. As bigotry and mob violence erupt throughout the rapidly destabilizing interstellar situation, Giraut will be called on the make the ultimate sacrifice, for the sake of civilization itself…