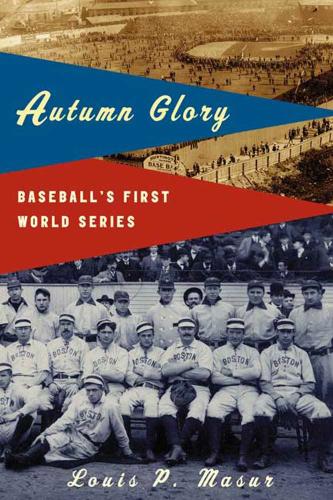 A post-season series of games to establish supremacy in the major leagues was not inevitable in the baseball world. But in 1903 the owner of the Pittsburgh Pirates (in the well-established National League) challenged the Boston Americans (in the upstart American League) to a play-off, which he was sure his team would win. They didn't—and that wasn't the only surprise during what became the first World Series. In Autumn Glory, Louis P. Masur tells the riveting story of two agonizing weeks in which the stars blew it, unknown players stole the show, hysterical fans got into the act, and umpires had to hold on for dear life.

Before and even during the 1903 season, it had seemed that baseball might succumb to the forces that had been splintering the sport for decades: owners' greed, players' rowdyism, fans' unrest. Yet baseball prevailed, and Masur tells the equally dramatic story of how it did so, in a country preoccupied with labor strife and big-business ruthlessness, and anxious about the welfare of those crowding into cities such as Pittsburgh and Boston (which in themselves offered competing versions of the American dream). His colorful history of how the first World Series consolidated baseball's hold on the American imagination makes us see what one sportswriter meant when he wrote at the time, "Baseball is the melting pot at a boil, the most democratic sport in the world." All in all, Masur believes, it still is.