A Bad Day for Scandal 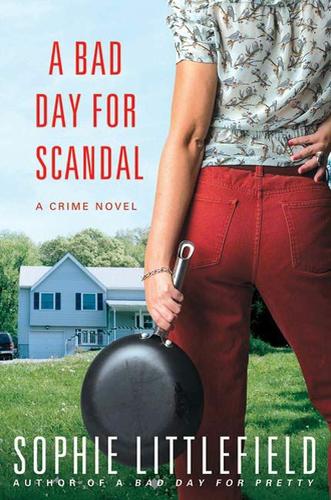 When Prosper homegirl turned big-city businesswoman Priss Porter returns to town with a body in her trunk, she calls Stella Hardesty to dispose of it. Her uppity ways don't convince Stella to take the job, and Priss attempts to blackmail her with a snapshot of Stella doing what she does best: curing woman-beaters by the use of force.

Stella refuses to cooperate and goes home, only to hear later that Priss and her brother, Liman, have gone missing after calling in a disturbance. Stella is implicated when Sheriff "Goat" Jones discovers the scarf she left behind at the house. He warns her to stay local but Stella and her partner, Chrissy Shaw, go looking for Priss in Kansas City, where they discover that she runs an unusual business. When Priss herself—along with two other bodies—turns up in a pond belonging to one of Stella's ex-clients, Stella must investigate a host of suspects, including a crooked but libidinous female judge, a coterie of jealous male escorts, and a Marxist ex-professor.

A Bad Day for Scandal is the third in Sophie Littlefield's award-winning, critically acclaimed series. Written with passion, humor, and guts, this is a mystery to be savored.